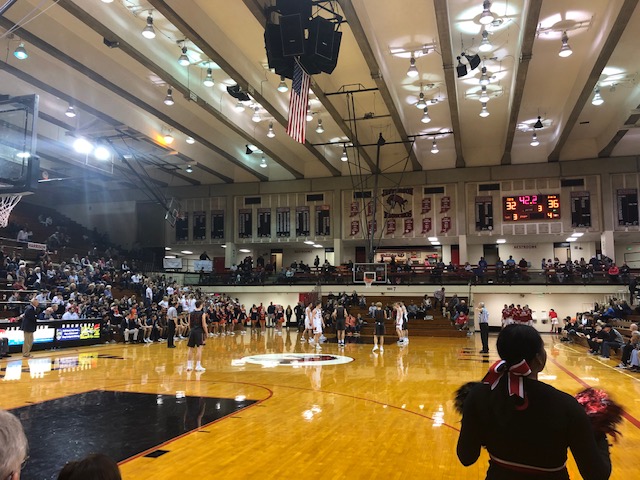 After taking its first lead of the game with 1:54 to go in the contest, the Lafayette Jeff Bronchos advanced to the championship game of the Franciscan Health Hoops Classic with a 54-48 win over Harrison Friday night.

Harrison took a 21-14 lead at the half, while Lafayette Jeff managed a 40 percent shooting mark from the field.

With 1:54 to go in the game, Lafayette Jeff managed a steal and a Avery Beaver to Brooks Barnhizer layup gave the Bronchos their first lead of the game at 46-45. Ashton Beaver made two freebies with just over 48 seconds left to play and the Bronchos led by three.

With :31.1 left in the game, Armoni Williams stole a Harrison pass and Brooks Barnhizer was fouled. His ensuing two free throws gave the Bronchos a 50-45 advantage. Brooks Barnhizer followed up with two more free ones with just under 18 seconds to play to seal the victory for Lafayette Jeff.

The Bronchos advanced to the title game of the Franciscan Health Hoops Classic and will face the winner of McCutcheon vs. West Lafayette. The title tilt is set for 8 p.m. Saturday at LJHS’ Marion Crawley Gym.